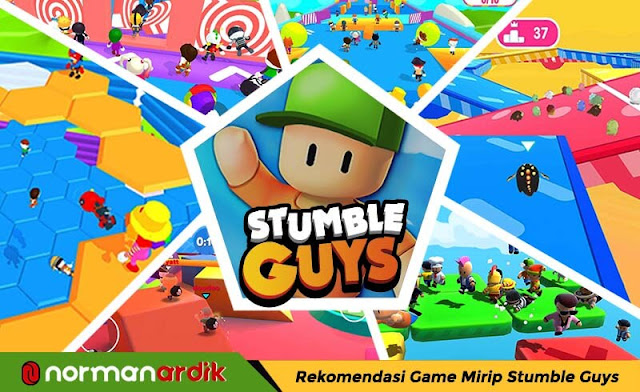 But actually, Stumble Guys themselves are clones of Fall Guys. The concept and gameplay are made very similar, it’s just that Fall Guys is not available in a mobile version. We can only play it via Steam PC.

Well, if you are bored and want to find new nuances, here are a series of games that are similar to Stumble Guys on Android. You can download the game list below with a lighter size, but still fun and challenging.

If you are a gamer, you must be familiar with the name “Stumble Guys”. This is a knockout battle royale themed game with a variety of maps and challenges. Each player must fight to reach the finish line.

Stumble Guys is developed by Kitka Games. First released on September 24, 2020 and has been downloaded more than 100 million with a rating of 3.8 and 3 million reviews.

Here are the recommendations for games like Stumble Guys on Android that can be played for free with friends! 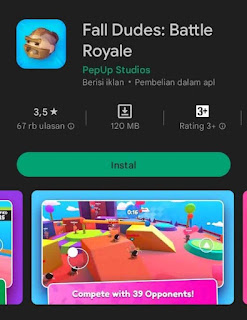 Fall Dudes has its own characteristics, but in general this game is very similar to Stumble Guys. When you first enter the game, you will face 39 other players to fight your way through all odds.

There are many maps available in each level which makes the game even more exciting. If you want to feel a different atmosphere, immediately download Fall Dudes for free on Google Play, the size is only 120MB! 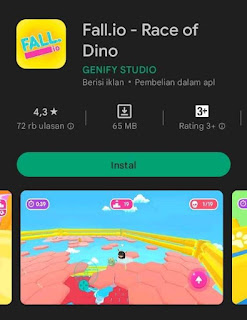 Developed by Genify Studio, Fall.io is on the second list if you are looking for a game that looks like Stumble Guys. The most striking difference is in the characters, Fall.io brings cute and cute dinosaurs with many skin choices.

While in the gameplay, each player must fight with 50 other players to get through the obstacles. The winner is determined in 2 rounds, the 20 fastest players advance to the next round. 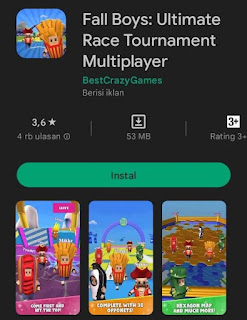 Next is Fall Boys, a multiplayer racing game with gameplay and concepts similar to Stumble Guys. With a game size of 53MB, of course you can’t hope for graphics. But clearly this is quite worth it to play.

Like Stumble Guys, here you can buy characters or skins. There are also 12 fun game modes that have different obstacles. Focus and be careful to reach the finish line! 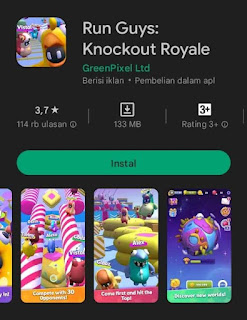 Run Guys takes inspiration from popular games, so many say this is a game similar to Stumble Guys. Developed by GreenPixel, here you will face off against other players from all over the world.

For those who are looking for a light Stumble Guys-like game, Run Guys can be an alternative. There are tons of maps, obstacles, and fun to be had. Moreover, you can have cute characters without having to top up. 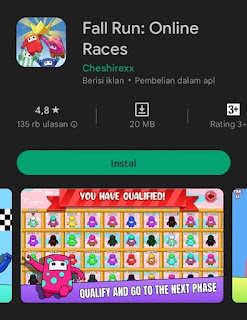 Fall Run is a game made by Cheshirexx which is quite popular on the Playstore. Although the graphics are unsatisfactory, the concept of the game is close to perfect and can be said to be very similar to Stumble Guys.

Fall Run has everything a battle royale knockout fan could want. The key to this game is multiplayer, where you will meet many other players.

If your device is low-end, Fall Run is perfect for downloading. Because, the size of the full size game is not more than 90MB. 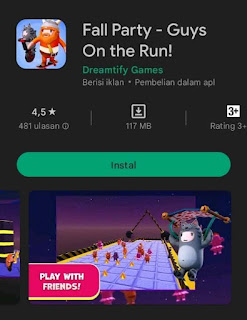 Participate in enlivening the game universe similar to Stumble Guys, Fall Party could be the next option. At first glance, the concept of this game is really a copy paste of Stumble Guys. Starting from the characters, until the map is made very similar.

Fall Party is a project from Dreamtify for Android users. The developer designed this game with a variety of challenging game arenas. If you’ve tried it, guaranteed you will feel at home playing it!

7. Party Royale: Do Not Fall 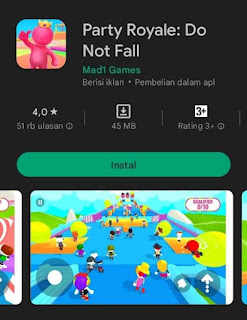 If you want to play a game that looks like a light Stumble Guys, Party Royale is one of the best choices. This game from Mad1 has a knockout royale concept, where each player races to get to the finish line.

Interestingly, Party Royale has a feature to choose funny characters and a variety of interesting maps. The concept of the arena and characters are really designed as closely as possible to Stumble Guys. Only, the graphics are a little lower. 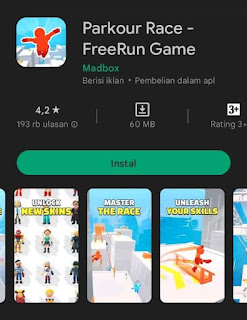 If you are bored with the mainstream Stumble Guys game, Parkour Race can be an option. This game is perfect for entertainment with friends or squad. If you’ve tried it, guaranteed you will be addicted!

Enough to play 1 sign, this game will make you addicted. The gameplay is really fun, especially since the size is lighter than Stumble Guys.

With the presence of Stumble Guys clone games, we have many choices so we don’t get bored. Overall the gameplay is the same, but the nuances and characters in the game are very different.

So that’s the explanation of the list of games that are similar to Stumble Guys. Each game has a different download size, but it’s a little lighter and of course compatible for low-spec cellphones. Good luck!